DESTROY THE COMICS > TV Shows for Nerds > Riverdale vs Archie Comics: How 4 Main Characters Are Changed + Darker in the Show
09 MAY

Riverdale vs Archie Comics: How 4 Main Characters Are Changed + Darker in the Show

I grew up reading Archie comic books. Part of the comic’s charm was its wholesome traditional feel starring young and bubbly high school characters leading happy everyday lives. The comics revolved around Betty and Veronica, two girls who were best friends, and both in love with the male lead character, Archie. They had fun adventures and misadventures, of course, but nothing that wouldn’t make it into a PG movie where the whole family would be able to laugh and feel comfortable. Riverdale, the new TV series on The CW, is loosely based on the comic books. When I say loosely, I mean so loosely the only thing that seemed to make it from the comic books into the TV show are some character names and the Betty-Veronica-Archie relationship triangle drama. I’ll be looking at key characters in Riverdale vs Archie comics’ original versions in this article, looking at their differences from the perspective of an Archie comics fan.

The comic books were based on humor and funny, light-hearted situations, while the TV show is a murder mystery with some very twisted dark characters. The plotline is dark–full of death and uncertainty, with very few humorous moments. I can count on one hand the number of times I have laughed while watching  Riverdale, while reading the comics laughing is a normal experience.

There are also a plethora of broken families in the TV show, which is a bit depressing since the comic books always portrayed traditional, happy families. In the TV show, Archie’s parents are divorced and Veronica’s mom has an affair with Archie’s dad while still married to her husband, who is jailed on a fraud and embezzling charge. Betty’s parents are in turmoil with the dad moving in and out while she also flirts and possibly sleeps with Jughead’s dad. These situations all add to the drama of the TV narrative, but unfortunately promote the broken family archetype.

Archie: Muscle Man With a Dark Side

In both the comics and TV show, Archie is the regular, good-hearted redhead who Betty and Veronica are both in love with, with both fighting over his attention. This conflict is the main consistency between the books and television series.

However, the Archie in the TV show works out in almost every episode, doing push ups, practicing for the wrestling team, going shirtless and doing pull-ups in his garage–hey, not complaining there! He has large muscles and a six pack with the show often featuring him shirtless, while in the comic books he was always quite skinny. I also can’t remember very many books where they featured Archie with his shirt off.

He also has a darker side where he succumbs to helping Mr. Lodge with sketchy business practices, helping to cover up and even being complicit in some murders orchestrated by the Lodge family to protect their family and business. He realizes he is going into a darker place and tries to compensate and come back at times, making him a more likable character, but he is a much darker Archie in the show than the books.

Additionally, he has a very racy, scandalous affair with a much older teacher, Mrs. Grundy in the show, and good ol’ Archie would never be that deviant in the comic books, much less complicit in murder cover-ups.

Jughead: A Gangster With Integrity

Jughead is one character that keeps his integrity in the TV show, which I appreciate. He doesn’t bend his morals for money and he keeps a computer where he documents the truth at all times.

He is in a relationship with Betty in season 1 and 2 of the TV shows, which works on screen because of the actors’ chemistry, as they are also dating in real life. However , in the comics that would have been a laughable and unlikely match.

Jughead, however, also has a darker side in the TV show. He is a member of a gang, where he gets tattoos, does drug runs, and even plays a hand in mutilating a female gang member.

Betty: The Troubled Girl Next Door

Betty seems like the girl next door to everyone who sees her in the television series, and is normal on the outside, but you begin to get a sense of her deeply troubled interior as she starts to hurt herself physically by digging her nails into her hands.

She goes through a lot in the TV show, including helping her half-brother and mother clean up a murder victim in their kitchen to hide it from the police and dealing with  her dad leaving and coming back repeatedly. Betty also thinks her sister is in an insane asylum when she’s really living with nuns and pregnant with the children of Jason Blossom, the boy from Betty’s high school murdered in season 1.

Betty has been through a lot, but she gets really dark both in her own mind and even in the way she interacts with the world. She goes into her half-brother’s room in the middle of the night with a lighter and threatening him in a malicious way. She also has a “Dark Betty” persona where she wears a black wig and racy lingerie which she uses to lure a boy into a hot tub so she can humiliate him with Veronica, and also uses the persona occasionally when she sleeps with her boyfriend Jughead. Additionally, she wants to join the Serpent gang with her boyfriend Jughead, even asking her mom if she can get a tattoo and doing an unsolicited strip tease at a Serpent gang party.

She also seems over Archie for much of the TV show in mid-season 1 to the end of season 2, something the comic book Betty would never be.

Veronica, like Jughead, stays more true to the Archie comic book character in the TV shows, as she is still best friends with Betty and a mean girl. She also kisses Jughead in season 2, something that never would have happened in the comics.

She is a wealthy, very spoiled girl who is loyal to her family, which is also in line with the classic comic storyline. Veronica is involved in the family business on the TV show, while in the comics, her father handled everything. Veronica’s mom also appears much more in the TV show than the comics.

Riverdale: Fun to Watch, But Different and Heavier

Overall, the TV show is fun to watch since they did a good job with the casting and the characters look how I imagine the comic book characters would appear in real life. However, if you’re looking for a lighthearted, wholesome TV show that will make you laugh, you’d be better off sticking with the comic books.

I would recommend the show for teenagers as they will be able to relate the best to its high school cast. I also recommend it to fans of the comic books as they will enjoy the contrast between the books and the show along with seeing the casting choices. The reason I don’t recommend it to young adults or older is that the long-term plot is a bit weak, as the TV writers seem to focus on packing as much excitement into an episode as possible, but at the cost of having an intricate, well-woven long-term plot. For me, the best part of the show is the casting and that the characters are still based on the comic book series. If the same exact show had been released, but was not based on the Archie comic book characters, I definitely never would have watched it or enjoyed it. The connection to the Archie comics is the main reason it was worthwhile for me.

In conclusion, even though it is different than the books in almost every way, it is stays partially connected to the comics so, as a fan of the original Archie, I still somewhat enjoy watching it. 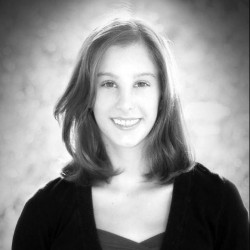 Stacy Caprio
Founder at Accelerated Growth Marketing
Stacy has worked in online marketing since summers in college, when she started her own swimming lesson business and customers would be baffled when they found her on the first page of Google. She has continued to grow her own companies Accelerated Growth Marketing, her website investing company, and her apparel company where she designs with her mother.

She has visited dozens of countries and has studied abroad in Hong Kong. She also loves dogs and playing with her family’s new puppy, Cooper.

Stacy loves writing all types of blog articles, particularly food ones! Check out one of her favorite food tip articles about how to get free chicken at KFC, MyKFCexperience

Stacy has worked in online marketing since summers in college, when she started her own swimming lesson business and customers would be baffled when they found her on the first page of Google. She has continued to grow her own companies Accelerated Growth Marketing, her website investing company, and her apparel company where she designs with her mother. She has visited dozens of countries and has studied abroad in Hong Kong. She also loves dogs and playing with her family’s new puppy, Cooper.

Quantifying The Expanse Cancellation: Diving Into the Numbers, Syfy, & the Future at Amazon

Party over here! Source: Reddit user Dakkonfire The Expanse was cancelled. I know, I destroyed my coffee machine in rage too. It's...

Guts SMASH! I'm a sucker for Kentarou Miura's Berserk and its epic bloody battles in a dark fantasy setting. Back in 2016, a new...

Woooooooo I'm playing with fire! Back in October, during the most recent New York Comic Con, I walked past what looked to be a...

Sup bro There may not be an objective best manga of all time, but if I had to pick one then Berserk would be at the top of my list. In...