Some franchises transcend both their genres and the first medium their stories appear in. They become a part of the cultural fabric so quickly that everyone knows something about them. Interestingly, Suzanne Collins’s The Hunger Games earned this place in our culture very quickly. In little more than a decade, a simple dystopian YA novel spawned two sequels and a four-movie franchise. It was no surprise that, when Collins announced a prequel book (currently untitled, release date 5/19/20) set in the Hunger Games universe earlier this year, film, publishing, and even comics news sites, all pounced on the story. Yet in a world where content is king, writers also questioned whether it needed to exist or not. The quandary is one we’ve faced before with Star Wars, Harry Potter, The Matrix, and any fictional world that has more stories to tell and smells like money. Why do creators always go back to their big stories instead of just simply letting their original work stand for itself?

Going Back to the Well of Ideas

You take this idea, not even fully formed, and then have to turn it into something so much bigger than itself. Sometimes these idea seedlings grow beyond a simple work of art, a simple story. They become entire galaxies, universes where literally countless stories unfold. The job of the storyteller, then, is to pick the best or most interesting one. Of course, this means that little moments of exposition or character can branch off to become something entirely its own.

This happens online all the time. Fans of a story take to their keyboards and whip up crazy stories about their favorite characters, fleshing out their background or personal lives in ways that the official releases never would. Of course, all writing is a kind of fan fiction, at least when it’s done right. That is to say, as much as you might love Katniss and Panem, Suzanne Collins likely loves them that much more. To be a legendary storyteller, you have to love your own stories. There is probably no one who is a bigger Star Wars fan than George Lucas himself.

Hundreds of thousands of words and weeks of documentary footage are dedicated to telling the tale of how Star Wars came to be. Essentially, George Lucas wanted to make the kind of mythic legends he grew up watching for the kids of the late 20th century. Reared on adventure serials, rubber-suit monster movies, and screwy sci-fi, Lucas took those inspirations and created an entire mythology out of them.

He made the original trilogy to tell a very specific part of that story. Not many know that Lucas told Mark Hamill he planned for 3 trilogies of Star Wars movies in 1976, 1 year before the release of the original Star Wars. Yet, because of budgetary and special effects limitations, he feared the beginning of the saga would only ever play on the big screen in his mind. When Industrial Light and Magic, his special effects company created to make the films, revolutionized digital effects, he knew he could make the Star Wars prequels as he envisioned them. He even tweaked his original movies, much to original fans’ consternation. He didn’t go back to the well, he never left it.

Living Stories in the Minds of Creators and Fans

Kids grew up playing with Star Wars toys because they allowed us to imagine the further adventures of our favorite characters. So it stands to reason that for authors like J.K. Rowling or Suzanne Collins, their minds never left the crazy worlds they created. Rowling has Pottermore, spawning so many more stories in the world of wizardry. If these stories are alive in her mind, why not share them with the fans? Of course, she also takes some criticism for her expansions with some fans feeling conflicted about newer additions to the universe. Some details she reveals have fans wishing that she kept it to herself.

One particular example is revealing Nagini’s origins in the Fantastic Beasts and Where to Find Them film, which sparked a fan backlash regarding the casting of an Asian woman as a pet to a white male. On Rowling’s part, she explained her choice as purposefully, carefully considered:

The Naga are snake-like mythical creatures of Indonesian mythology, hence the name ‘Nagini.’ They are sometimes depicted as winged, sometimes as half-human, half-snake. Indonesia comprises a few hundred ethnic groups, including Javanese, Chinese and Betawi. Have a lovely day ?

At the premiere for the play Harry Potter and the Cursed Child, the author said she “told the story [she] wanted to tell,” and that she doesn’t plan to revisit Harry Potter. Yet, she has said she was done with Potter before at the release of the final Deathly Hallows film. Even though she’s not hard-up for money, she keeps returning to these stories despite her pronouncements that she won’t.

Perhaps that’s why Suzanne Collins decided to set her prequel story 64 years before the first trilogy. This way, instead of sending out the wild, random thoughts that pop into a writer’s head, she can tell a real story that further contextualizes the work that came before it. Of course, the other reason she might want to tell another Hunger Games story is because her last one didn’t go over so well.

It probably doesn’t help that the last Hunger Games film also fell short of box office goals. This is likely because they chose to title them Mockingjay Part 1 and Mockingjay Part 2. Many critics complained that the pacing of Harry Potter and the Deathly Hallows Part 1 hurt the film. It’s tough to sell audiences on half a movie, especially if the first part is a “slow-burn.” This is suspected to be the reason why the fourth Avengers film dropped the “Infinity War Part 2” title in favor of “Endgame.” In the cold, unfeeling light of entertainment reportage, the legacy of the Hunger Games is that it lit a cultural fire, but the ending felt more like cold briquettes.

This prequel novel will give Suzanne Collins another shot at the ultimate Hunger Games legacy. But, more importantly, she gets to finally tell that cool story she’s had kicking around in her head since she first dreamed up this incredible series. Art does not need to justify its own existence, that’s part of the beauty of it.

Too Much of a Good Thing?

However, fans sometimes argue that adding new chapters to a franchise or saga devalues what came before. On the Harry Potter side, there’s even memes about Rowling’s unceasing additions to the lore. One often sees this same argument made against the Star Wars prequels with their midi-chlorians and the questionable motivations for Anakin’s fall.

Yet, now that the kids who grew up with those movies are adults, their ire turns towards the latest Star Wars trilogy. Change is hard, but new content in an established universe always sells well. Feeding into the older generation’s interests, the Star Wars universe expands nostalgia-based sequels with the return of The Clone Wars cartoon series and the Obi-Wan standalone series for Disney+. In spite of all this, the original Star Wars films still exist and hit fans just as hard as they did when they first saw them.

The storytellers behind these franchises struck gold, not just financially but creatively. Just as we turn to our favorites when we need uplifting, it makes perfect sense that these creators would go back to their favorite creations to again play with their favorite toys. Yes, sometimes these newer installments are a cynical ploy for tried-and-true revenue. However, even those stories can find an audience that loves them. The original stories in these franchises aren’t cheapened by the existence of more stories. At best, they are enriched by the new information. At worst, it’s something you can simply ignore.

We live in a golden age of content. Whether you are desperate for something new or just want to revisit old favorites, you can do so. A new installment of a beloved series just gives you one more chance to experience the thing you love so much. 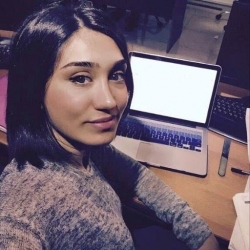 Maria Hart
Maria Hart is an enthusiast of the comic-book industry, which is why she loves to share her knowledge with all the fans of comics, movies and TV shows out there. Her passion and love towards the industry are what make her articles stand out and gain the interest of many readers.

Maria Hart is an enthusiast of the comic-book industry, which is why she loves to share her knowledge with all the fans of comics, movies and TV shows out there. Her passion and love towards the industry are what make her articles stand out and gain the interest of many readers.

Why modern political violence makes this cult classic required viewing What if there existed video so malicious that it caused its...

SPOILERS AHEAD! Major plot points and twists discussed in this review. That's some foreshadowing. Avengers: Endgame is pretty much the...

Note: Spoilers ahoy in this Spiderman: Into the Spider-Verse review. I've just watched one of the most refreshing, vibrant takes on...

Well, let's get it on with then. About halfway through The Titan, I paused the movie and thought to myself, "why did I decide to watch...