Changing the Game in Update 1.1.1 for Fire Emblem: Heroes 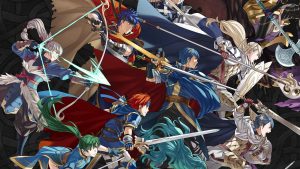 Get Heated with Fire Emblem Heroes. 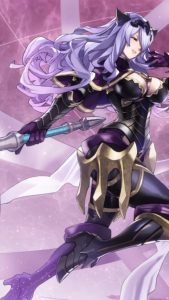 e Emblem: Heroes hit our app stores a little over a month ago but Intelligent Systems has already released a significant update. The official website is little light on info, though they do at least have a FAQ up. Version 1.1.1 adds so much depth and strategy that can make your four hero army really excel. All you have to do is get lucky enough and plan things right.

So Fire Emblem: Heroes is a “Freemium” game but don’t let that word scare you because I have yet to spend a single penny on this game. Subsequently my roster is nothing to laugh at.

Fire Emblem Heroes is a grid turned based strategy game where you fight other armies. Units range from many different classes like knights, swordsmen, mages, clerics, dancers, samurai, thieves, assassins… you get the picture. Players are allowed four members per party and it’s up to you to customize a dream team.

Now the tricky part is getting the best characters. Summoning a 5 Star unit feels so good and that’s is the bulk of the fun. To get new members added to the roster you have to purchase booster packs of characters ranging from 1 – 5 new warriors and yes if you buy more warriors they come together at 20% discount yay!

How much does this really cost? 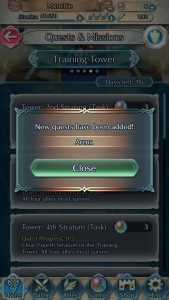 Now this is where the whole Freemium thing comes into play. Players are more than welcome to purchase as many orbs as you want, obviously. Getting a glorious 5 Star Takumi would be equivalent to pulling a Charizard from a booster back in 1996.  So the same concept is present: more money means more opportunities to get Charizard. However, if you the don’t have the money there are plenty of side quests and story mode adventures. These missions give you enough rewards to keep you from using your credit card.  Plus you get two orbs a day just for logging in!

Fire Emblem Heroes just a great app to have whenever you’re stuck waiting in line or out with the girlfriend shopping. Basically any time you want to escape boredom. There’s a timer on the game that limits you to how much you can play for free but by then I should probably stop playing anyways. However I have a lot of down time at work so I was able assemble my army just by putting in the time and waiting.

Putting in the time not the money.

After one month of playing a couple of hours a day I managed to pull seven 5 Stars. However three are duplicates so lucky–but also unlucky. Five star characters have access to more abilities and have higher stats in general. So if you’re not rockin’ the 5 Star heroes, you’re not gonna be able fair very well in the more advanced arena battles.

Okay, so I think that was much more preface than I expected so lets get on to the update!

So the game already seems pretty extensive but the Game’s new update takes us to a new level. Version 1.1.1 introduces a whole new mechanic which allows your heroes to merge with others and inherit certain abilities. Which sounds like a neat but if you plan right you might be able to break the game. Now your elite sniper archer may now gain support abilities. For example: rallying defense or threaten enemy resistance and even have healing spells! The update is still very new so I’m interested in seeing what crazy combinations the community will come up with. 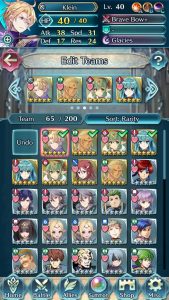 o here’s my dilemma in game. Prior to this update I was training my 4 Star Cordelia Pegasus Knight Rider to be my primary Lance wielder. Cordelia has a pretty rare and super strong ability: Galeforce. This allows you to perform a second action after defeating a foe in battle. So potentially you could KO two enemies with one turn if you play your cards right.

Now my problem is that everything else about Cordelia is pretty average. I spent the 20k feathers I earned to promote her to 5 Stars. Now Cordelia has Galeforce. With the update I now have two options. Use her as a sacrifice to give someone else Galeforce. The other option is to let her inherit complimentary abilities. The update adds a giant spectrum of variation that was not present in the previous build of this game.

Previously every character in Heroes with the same name were 95% identical. The characters had variation in how well their stats were rolled but all abilities and actions were the same. This is why the new update is so game changing!

With the current roster of 100+ warriors at your disposal the combinations are endless. My archer unit Klein now has the ability to damage the foes surrounding the current target. Effectively, Klein makes it rain on a bitch. Hawkeye, the axe wielding tank now has the ability to jump over my other units increasing his mobility and becoming a great blocker just in case one of my other units are in danger.

Why the game stays fresh and exciting.

Nintendo and Intelligent systems have done a great job keeping the game up to date. At launch it already felt like a full fledged Freemium game but the fact that they are still adding content gives me a sense of security. I can keep playing this game for free and not have to worry of it getting stale. Every week they will have different events such as 1.5x experience or adding challenge maps so you can win new allies. New objectives that unlock orbs come out every month. As they continue to patch the game you can be sure Fire Emblem Heroes will introduce more characters. As a matter of fact, while writing this article Intelligent Systems just set an event live for the game including new paralogues  in the story mode.

What’s next to come for Fire Emblem: Heroes? 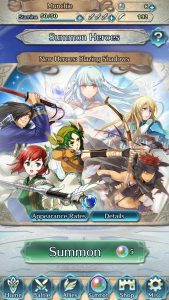 A voting battle system is also part of the new update. This new system I have not talked about because I have yet to dabble in it myself. The new inheritance update is enough to add plenty more wasted hours in line that I can kill. I just hope that they release a trading mechanic so I can trade away my three duplicates.

The inheritance mechanic is by far the most fun ad exciting aspect of the update but certainly is not the only change to come. There will be two new sets of win conditions. One new condition involves playing more defensively over a set amount of turns and the other  new condition has to do with defeating waves of enemies. A mechanic involving collecting Hero Merit points for accumulating more feathers. Feathers are the currency in game to upgrade your hero from 4 Stars to 5. Currently, Intelligent Systems are in the process of creating equippable items to expand heroes abilities.

Until then keep seeking the thrill of seeing the dust bust off the stone right before summoning your next 5 star figure. See you on the battlefield.